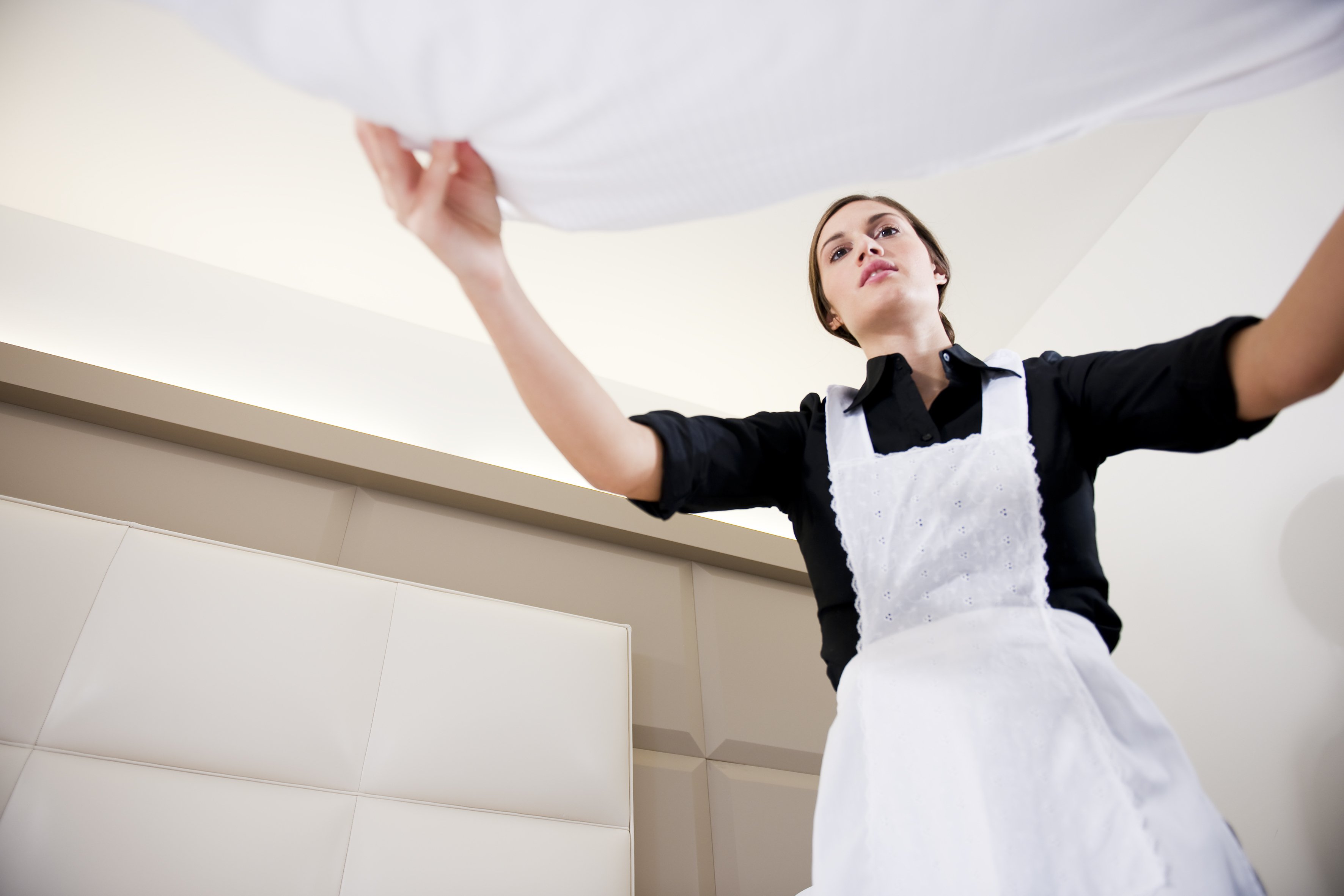 When I finished college, I was at a bit of a loss. I knew what I wanted to do, but the thought of moving to a large city and actually looking for a job, especially during a recession, was daunting. So I took advantage of a student visa extension and headed to London to see friends. I’m not sure I thought about how I was going to support myself.

Being without a place to live and no ability to work longer than three months quickly pointed me towards working as a hotel chambermaid. I’d get room and board (as long as I didn’t mind eating only breakfast food), and no one expected me to stay long-term. And so the adventure began.

I thought I knew what hard work looked like. I’d had stints painting fences on my dad’s farm, which was about as hot, dull & unrewarding as it gets. Oh yeah, and I was underpaid. That was actually good preparation for working in housekeeping. Physical labor, repetitive tasks, and the joy of doing it with people you like who you trust to work just as hard as you do are common themes in a lot of life. I started the trip, and the housekeeping, as a lark, but I worked hard and despite my intentions I learned a lot. I also had a lot of fun.

Whether it’s staying in a hotel, enjoying a restaurant meal, or using a piece of software, a lot of people have come together to make it happen. Remember to stop and appreciate that. Just saying thank you goes a long way, even if that’s to someone in your own team who’s doing great work.

So yes, there are life lessons to be learned everywhere, even (and maybe especially) in the jobs that aren’t as socially desirable. It is also a reminder that a housekeeper isn’t necessarily “just a housekeeper.” First, there’s a lot of value in doing that role well. And second, maybe that housekeeper has the attitude and fundamental skills to someday lead your management team.

As a relatively new WrkSpot employee, and a marketer, some of my first questions were, “What do our users love about Wrkspot?” “What do people really...

When I finished college, I was at a bit of a loss. I knew what I wanted to do, but the thought of moving to a large city and actually looking for a...

What are room beacons & why should you care?

Let’s start with IoT, the Internet of Things. In my mind, IoT is still firmly connected with the idea that my refrigerator will talk to me and remind...