Employees and labor Travel and hospitality 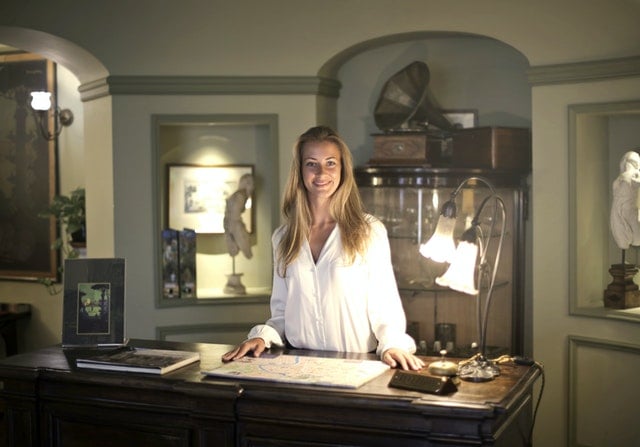 Imagine this: you are a housekeeper at a five-star hotel. One day while you are on duty, a guest asks you to enter their room and give them a massage to earn some extra money. That is an incident that happened to an employee at a hotel in Seattle. Such instances are a regular occurrence in the hospitality sector for people working tirelessly in 12-14-hour shifts every day. Some of the staff at hotels face leering and inappropriate groping by guests or are simply cornered in the hallways. All this while they were trying to earn a decent income!

A report by Unite Here states that approximately 58% of hotel workers and 77% of casino workers have been sexually harassed. Nearly half the staff have had guests answer their doors naked or have been flashed at, and nearly 15% of them have been cornered. Following such drastic numbers, in September 2018, American Hotel & Lodging Association (AHLA) announced the 5-Star Promise, a voluntary commitment by its members. It is formed to enhance the existing policies and training given to employees in the industry. By providing safety devices they aim to ensure the safety and security for both the hotel employees and the guests.

The promise is a happy ending for the staff looking for some form of relief through higher authorities. From 17 members in 2018 to today where the numbers have escalated to a good 60-member companies, representing an estimated 20,000 hotel properties have made the pledge. The result? 1.2 million employees will receive protection while on the job. More than 5,000 properties have already deployed safety devices. There is an Electronic Safety Devices (ESD) legislation in New York City, New Jersey, Miami, Illinois, Washington State, Las Vegas, and several other key Californian cities.

Once the panic button or ESD is activated, it sends an alert to the corresponding responder in the form of an SOS. These alerts could inform the respondent about the nature of the situation, location of the incident taking place and instruction protocol for responding to the SOS, depending upon the hotel’s predetermined emergency procedures.

Employee Safety- Need of the Hour
Employees are a part of the workforce whose excellent services bring in revenue and reputation to the hotels. However, when employees feel threatened or insecure at their workplace which has no strict safety policy, their services are adversely affected. When the insecurity is no longer bearable, employees decide to quit their job, much to their dismay.

The hospitality industry, as it is evident across reports, struggles with a high staff turnover rate. Along with previously highlighted factors contributing to this turnover, a large chunk is due to poor working conditions and lack of safety protocol for employees. Apart from bearing physical risks while working within the hotel premises, employees also have to undergo assaults in many cases. This, when received with the pressure from hospitality unions to fulfill demands related to employees, and the negative reviews by the media can ruin the hotel's reputation in a fortnight.

For those properties, which do not follow the protocols of installing panic buttons and other ESD, the hospitality authorities levy fines according to a tiered structure, starting with a minimal warning being given out to heavy penalties followed by an injunction in severe cases. The hotels which had failed to comply with the guidelines or had not installed ESDs by January 2020 will be heavily fined.

Ways to ensure employee safety
Most preferred hotels aren't those that only have well-maintained interiors or are given rave reviews owing to the services they provide, but are also the ones with the most satisfied employees and a history of less employee turnover. Installing panic buttons provides a sense of security for those employees who frequently interact with guests or other visitors as the system helps deter violent incidents, reduce injuries and the costs associated with such injuries.

Some other ways to ensure employee safety are:

Conclusion
A hotel’s reputation can be made or broken based on the way they treat both their employees and guests. Not paying enough attention to the needs of the employees results in a mishap of events which, if displayed by the media, can only bring doom on the reputation of these hotels. Inculcating policies and practices for the welfare of employees can give them a boost at work. Although the installation and maintenance of these panic devices may cost a small fortune, the nightmare of having to face a bad reputation should be enough motivation to do something about it.

As a relatively new WrkSpot employee, and a marketer, some of my first questions were, “What do our users love about Wrkspot?” “What do people really...

When I finished college, I was at a bit of a loss. I knew what I wanted to do, but the thought of moving to a large city and actually looking for a...

What are room beacons & why should you care?

Let’s start with IoT, the Internet of Things. In my mind, IoT is still firmly connected with the idea that my refrigerator will talk to me and remind...